Some of the boards I have served on in past years....Commissioner on the S.S.C.A.F.C.A. Board in Sandoval County for 8 years, The Boys and Girls Club, Rio Rancho Chamber of Commerce, Haven House, First Community Bank Advisory Board, Sagebrush Community Church Advisory Board and others.  Boards my wife has served on....State Tourism Board, NM Tourism Association Executive Board, Lodger's Tax Advisory Board, Special Olympics, Mayor's Advisory Board for the Betterment of Children, Haven House, Alumni Committee for Leadership New Mexico, There are others.  We have received many awards.

My wife and I also built and operate/operated the Stagecoach Stop RV Resort, Joiner Plaza, Joiner Academy (NCA Accredited), Christopher J's Café, Christopher Pointe and Los Ranchos Properties.  We own several acres of commercial property that is currently for sale or lease.  We have prime real estate for lease in Joiner Plaza which is located in a highly developed area (to include Walmart) and is located on a highway with a high traffic pattern.  We are also partners in NM Country Homes, commercial property for sale on State Hwy 528.

In October 2013, the type of work Joiner Construction performed started to pick up a little.  I missed the business I grew up working in and my son enjoyed it as well.  After Christopher graduated from Eastern New Mexico University, I made the decision to start up the business again.  While working with my father I was told many times that I had big shoes to fill because of the outstanding person and business man my father always was.  I am honored to have the opportunity to try to follow in my father's footsteps and will do my very best, knowingly-realizing that succession comes with many challenges, especially in this economy.

When the recession came about in 2008, our type of business was among one of the hardest industries to be hit.  My father decided it would be a good time to retire from the construction business so that he could spend most of his time at his antique car museum that he and my mother founded.  The J&R Vintage Auto museum is located in Rio Rancho, NM and houses around 70 restored to new vintage automobiles along with other memorabilia and a bookstore.  He bought his first car in 1957 (a 1926 Model T Ford).  My parents enjoy sharing their beautiful car collection with the public as well as working in their restoration shop.  They also buy and resell.  He and my mother participate in rally races around the country and were investors and participants in the Great American Race. An annual family event for over 20 years, my sister and her family and me and my family traveled with the race acting as support crew for our parents.  It was a great educational opportunity for Christopher, Shane and Devonna Rae, to see and learn about the country they are growing up in.  The race traveled coast to coast. 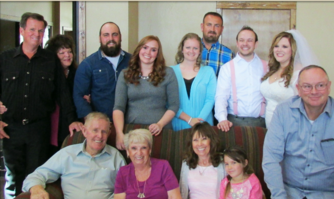 My father, Gab Joiner, started working in this type of industry as a young man.  He worked for different highway contractors to include Allison and Haney for many years.  In 1969, Allison and Haney decided to retire the business.  My father bought a blade and henceforth started Joiner Construction.  He grew the company into a very successful construction company.  Because of unique challenges in running family businesses, through his leadership he facilitated a family business in which his wife (Evonna) daughter (Melvonna) and I successfully grew the company into a multimillion dollar company, employing between 80 to 100 employees.  My father’s mission was to create an environment of family harmony and unity and to focus on contribution and service to his employees, customers and community.  Joiner Construction was a full service civil contractor to include grading, utilities, paving, and concrete.  My father started the company in 1971 and for the most part performed work for Great Western Cities in Cochiti.  In 1976 he moved the company to Rio Rancho and began doing a majority of the work for Amrep Southwest, which developed into multiple decades of a very positive working relationship.  Joiner Construction also performed work for Sandoval County, The City of Rio Rancho and the school system which later became Rio Rancho Public Schools.  As the company grew and we bought more equipment and hired more employees, we in addition started working with numerous home builders and commercial contractors in Rio Rancho and surrounding cities.  We have worked with most engineering firms in the Albuquerque and Rio Rancho area.  We have with great pleasure donated a great deal of work to projects and services that were needed in our community to improve the quality of life for the residents of Rio Rancho and Sandoval County.  Services for children are especially important to us. 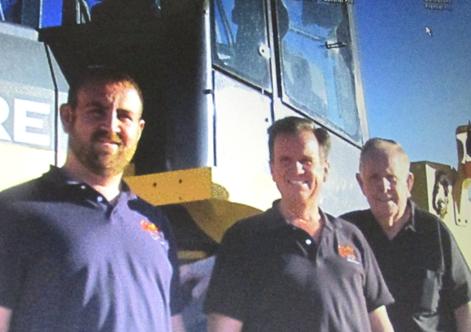